The USC Career Center is open – in person and online – as always, all of our services and resources are available to you, including advising, job and internship opportunities, programs, workshops, career fairs, and more 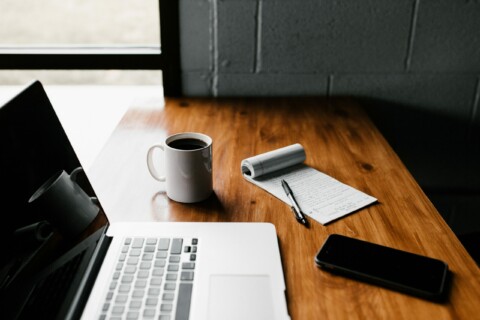 Acting in an Ethical Manner

Think through some of the daily decisions we make about what is appropriate or not on the job. This module covers straightforward decision-making that should help you think through questions and act ethically.

Read the overview of the most common ethical frameworks for decision-making.

Work through a case study or two to clarify the principles of ethical decision-making.

This document is designed as an introduction to thinking ethically. We all have an image of our better selves – of how we act ethically or are “at our best.” We probably also imagine what an ethical community, business, government, or society should be. Ethics has to do with all these levels – acting ethically as individuals, creating ethical organizations and governments, and making our society ethical in how it treats everyone.

Ethics refers to standards of behavior that tell us how human beings ought to act in the many situations they find themselves-as friends, parents, children, citizens, businesspeople, teachers, professionals, and so on.

It is helpful to identify what ethics is NOT:

Why Identifying Ethical Standards is Hard

There are two fundamental problems in identifying the ethical standards we are to follow:

If our ethics are not based on feelings, religion, law, accepted social practice, or science, what are ethics based on? Many philosophers and ethicists have helped us answer this critical question. They have suggested at least five different sources of ethical standards we should use.

Some ethicists emphasize that ethical action provides the most good or does the least harm, or, to put it another way, produces the most significant balance of good over harm. The ethical corporate action, then, is the one that has the greatest good and does the least damage to all affected customers, employees, shareholders, the community, and the environment. For instance, “ethical warfare” balances the good achieved in ending terrorism with the harm done to all parties through death, injuries, and destruction of war. The practical approach deals with consequences; it tries to increase the good done and reduce the harm done.

Other philosophers and ethicists suggest that ethical actions best protect and respect the moral rights of those affected. This approach starts with the belief that all humans have dignity based on an individual’s nature. Based on such dignity, they have a right to be treated as ends and not merely as means to other purposes. The list of moral rights – including the rights to make one’s own choices about what kind of life to lead, to be told the truth, not to be injured, to a degree of privacy, and so on-is widely debated. Also, it is often said that rights imply duties – notably, the obligation to respect others’ rights.

The Fairness or Justice Approach

Aristotle and other Greek philosophers argued that all equals should be treated equally. Today we use this idea to say that ethical actions treat all human beings equally – or unequally, then fairly based on some defensible standard. We pay people more based on their hard work or the more significant amount they contribute to an organization and say that is fair. There is a debate over CEO salaries that are hundreds of times larger than the pay of others; many ask whether the huge disparity is based on a defensible standard or whether it results from an imbalance of power and hence is unfair.

The Greek philosophers have also contributed to the notion that life in a community is good and that our actions should contribute. This approach suggests that the interlocking relationships of society are the basis of ethical reasoning and that respect and compassion for all others-especially the vulnerable – are requirements of such reason. This approach also calls attention to the standard conditions that are important to the welfare of everyone. This may be a system of laws, effective police and fire departments, health care, a public educational system, or even public recreational areas.

A very ancient approach to ethics is that ethical actions ought to be consistent with ideal virtues that provide for the full development of humanity. Virtues are dispositions and habits that enable us to act according to the highest potential of our character and on behalf of values like truth and beauty. Honesty, courage, compassion, generosity, tolerance, love, fidelity, integrity, fairness, self-control, and prudence are virtues. Virtue ethics asks of any action, “What kind of person will I become if I do this?” or “Is this action consistent with my acting at my best?”

Putting the Approaches Together

Each approach helps us determine what standards of behavior can be considered ethical. There are still problems to be solved, however.

The first problem is that we may disagree on the content of some of these specific approaches. We may not all agree on the same set of human and civil rights.

We may disagree on what constitutes the common good. We may not even agree on what is good and what is wrong.

The second problem is that the different approaches may not all similarly answer the question, “What is ethical?”. Nonetheless, each approach gives us vital information to determine what is ethical in a particular circumstance. And much more often than not, the different methods lead to similar answers.

Making good ethical decisions requires a trained sensitivity to ethical issues and a practiced method for exploring the ethical aspects of a decision and weighing the considerations that should impact our choice of a course of action. Having a process for ethical decision-making is essential. When practiced, the method becomes so familiar that we work through it automatically without consulting the specific steps.

The more novel and difficult the ethical choice we face, the more we need to rely on discussion and dialogue with others about the dilemma. We can make good ethical choices in such situations by carefully exploring the problem, aided by insights and different perspectives.

We have found the following framework for ethical decision-making a valuable method for exploring ethical dilemmas and identifying ethical courses of action.

A Framework for Ethical Decision Making

Evaluate the options by asking the following questions:

Make a Decision and Test It

Act and Reflect on the Outcome

Please select ONE of the following Case Studies to complete

John is a work-study student in the campus store. They discovered that customers would shop longer and buy more items if they provided free popcorn bags for store customers. John’s job is to pop the popcorn in the machine and fill the give-away bags for browsing customers. The store usually has a few bags of popped popcorn left at closing time that they throw away. Every Tuesday night, John has a meeting with his study group. He always brings them the leftover popcorn from the store that night. But his study group has grown to become quite a large group. Because the group loves the popcorn as a snack and appreciates John’s contribution, John has begun popping a new batch of popcorn late in the afternoon on Tuesdays to ensure that there will be a lot of leftover popcorn to take to his larger study group. Nobody in the store notices or seems to care about the extra popcorn leftover, and besides, it’s very cheap to make.

Please use the “Framework for Ethical Decision Making” in the next section to identify ethical issues in John’s situation.

Sally is a student worker in the Activities Office on campus. Her job is to confirm schedules and food orders in the student union building. Last summer, Sally worked for a large pizza restaurant chain two blocks from campus. She was an excellent employee, and the manager said he might offer her a promotion next summer if things worked out. Sally is interested in a hotel and restaurant management career and is excited about the prospects of gaining management experience and training while in college. The manager said he would give all student groups 10% off any pizzas if they purchased them from his restaurant. Although food for all campus events is supposed to go through catering services, they often cite student groups who bring their food in the evenings. Whenever Sally sees a student group make an event reservation through the Activities Office, she offers the group the 10% discount her former supervisor guarantees. This makes everyone happy. The students save money, Sally is delighted to help out her former supervisor, and the restaurant is satisfied with increased business.

Please use the “Framework for Ethical Decision Making” in the next section to identify ethical issues in Sally’s situation.

After analyzing the case study, write down some of the ethical issues in this case in the space provided, or use a separate sheet of paper for more comment space.